In early 2013 AUTOart released their 1/18 scale model of the magnificent looking Lamborghini Gallardo LP570-4 Superleggera, the lightweight version of the Gallardo LP560-4 model, the real Superleggera was introduced at the 2010 Geneva Motor Show by Stephan Winkelmann in a stunning Verde Ithaca, so I just had to add that color to my collection when the 1/18 model came out.

But Lamborghini had a limited number of shades that could be ordered on the real Gallardo LP570-4 Superleggera, these included Verde Ithaca, Giallo Midas, Arancio Borealis, Grigio Telesto, Nero Noctis and Bianco Monocerus, sadly AUTOart never released their 1/18 model in white, while black was only done in 1/43 scale, AUTOart released the 1/18 in green, yellow, orange, grey and red, while Rosso Andromeda wasn't listed by Lamborghini in their press release as a shade available on the LP570-4 Superleggera, they did deliver some of them in this special shade of red. 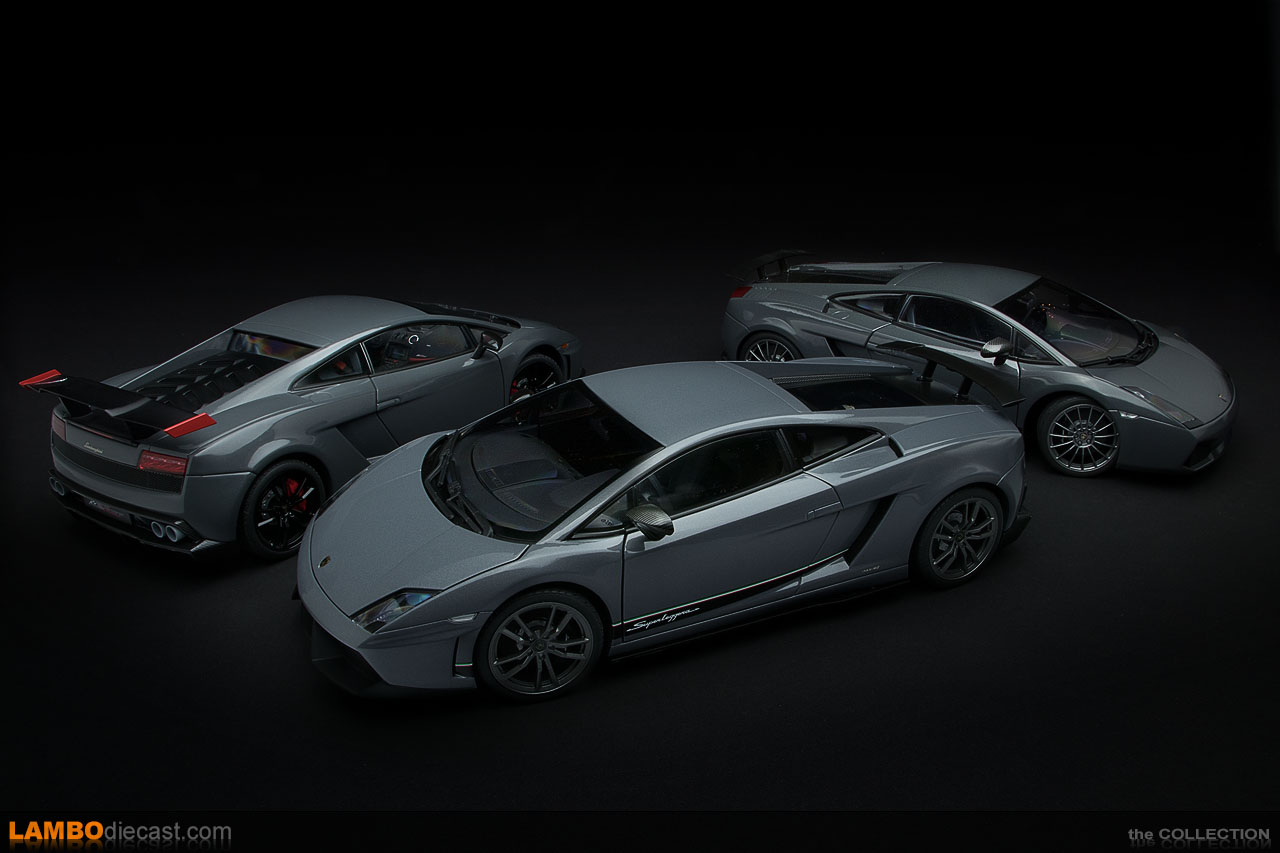 I managed to get my hands on a pre-production, hand-built prototype from AUTOart in Arancio Borealis in late 2012, and bought the Verde Ithaca version in early 2013, and kept my collection at these two models for years, until I found this Grigio Telesto version at a discount online, so I decided to add it to my collection to match the original Gallardo Superleggera from AUTOart in the same shade, and the Gallardo Super Trofeo Stradale.