Back in 2011 Lamborghini unveiled the Gallardo LP570-4 Super Trofeo Stradale at the IAA in Frankfurt as a limited edition, street-legal version of the Super Trofeo race car, to be built only 150 times and available in either Rosso Mars, Grigio Telesto or Bianco Monocerus ... the STS would be the top of the line for the V10 model at that time.

Most of the Gallardo Super Trofeo Stradale in real life will probably be finished in Rosso Mars, the show car livery, but I have to admit this Bianco Monocerus does look really good too, especially with the satin black parts on the STS, the glossy black wheels, and that impressive rear wing.

I for one really like the red details on this white Gallardo, the red accents on the steering wheel and dashboard, the two tone sport seats inside and those red brake calipers behind the glossy black Scorpius wheel ... this combination of colors really works on a Bianco Monocerus Gallardo.

The only thing I would have liked for AUTOart to be different on this white iteration of their 1/18 scale model would be the roof, they went for the optional black roof on their Rosso Mars version, but I think that would look amazing on this Bianco Monocerus too, now I know that would be an easy thing to do myself, but I haven't come round to that yet.

So which one should you add? If you want to add a Lamborghini Gallardo to your collection of scale cars you have a massive list to choose from, from the original 5.0 version from 2003 right up to this Super Trofeo Stradale from 2011 (the later Gallardo models don't exist in 1/18 at this time) ... I think you really should have one of the original 2003 models in your collection, AUTOart made a few very nice options for you. 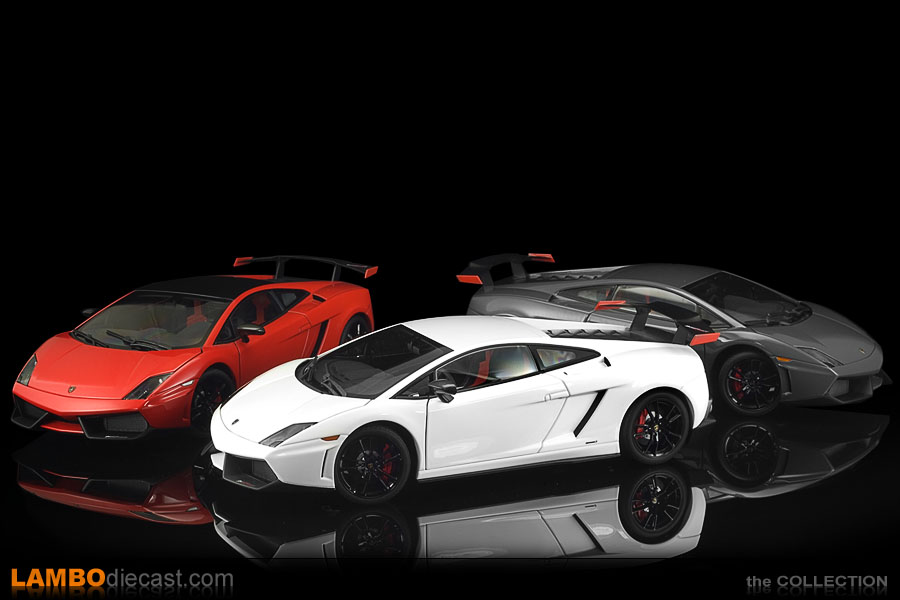 If you are looking into adding this Super Trofeo Stradale version I think your best option would be the Rosso Mars version, that is the most impressive looking one, and it was the show car at the IAA and the press release car ... but I really like this white shade too.