The Lamborghini Diablo SV-R was their first entry into a mono-brand championship back in 1996, as a partnership with Philippe Charriol there was a SuperSport Trophy between 1996 and 1999, after which the Diablo SV-R was replaced by the Diablo GT-R.

In real life, 31 units of the Lamborghini Diablo GT-R were made, and some of them had a really harsh life on the track, after 1999 a few have been converted for street use, and some ended up in Japan where they were actually registered and received a license plate to drive on the open road. 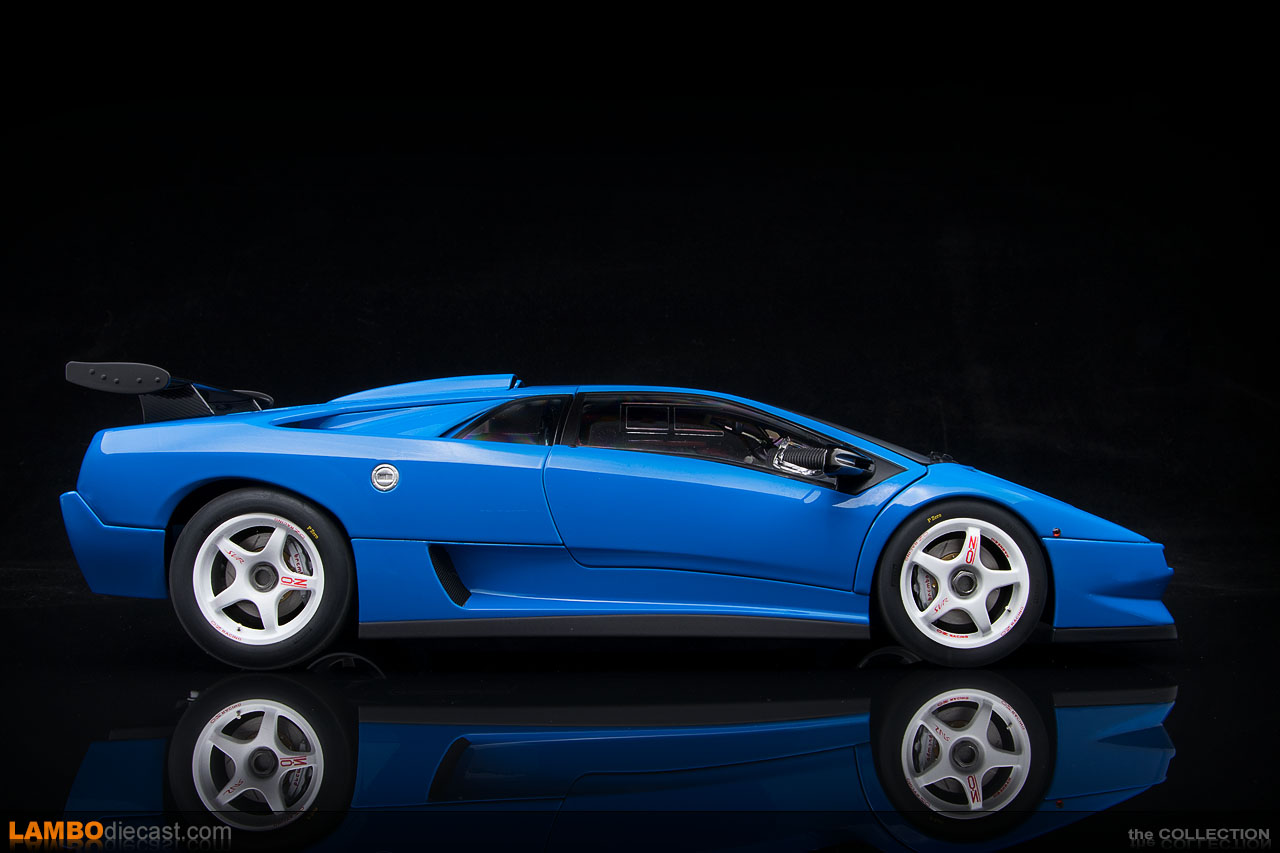 A very nice black one ended up in Australia where she continued to race competitively, after which she was restored and is now in a private collection, but most of the original Diablo SV-R remain as stripped-down, all-out race cars, probably not really suitable to be driven on the road, but they make a great track car nonetheless.

This AUTOart 1/18 scale model is a great replica of those race cars from the Nineties, a massive improvement over the old Maisto models, which were sold as Diablo SV but came with the low front bumper and side sills, just like these SV-R, this specific model is the Blu Le Mans on white OZ-Racing wheel with an orange OMP seat on the interior. 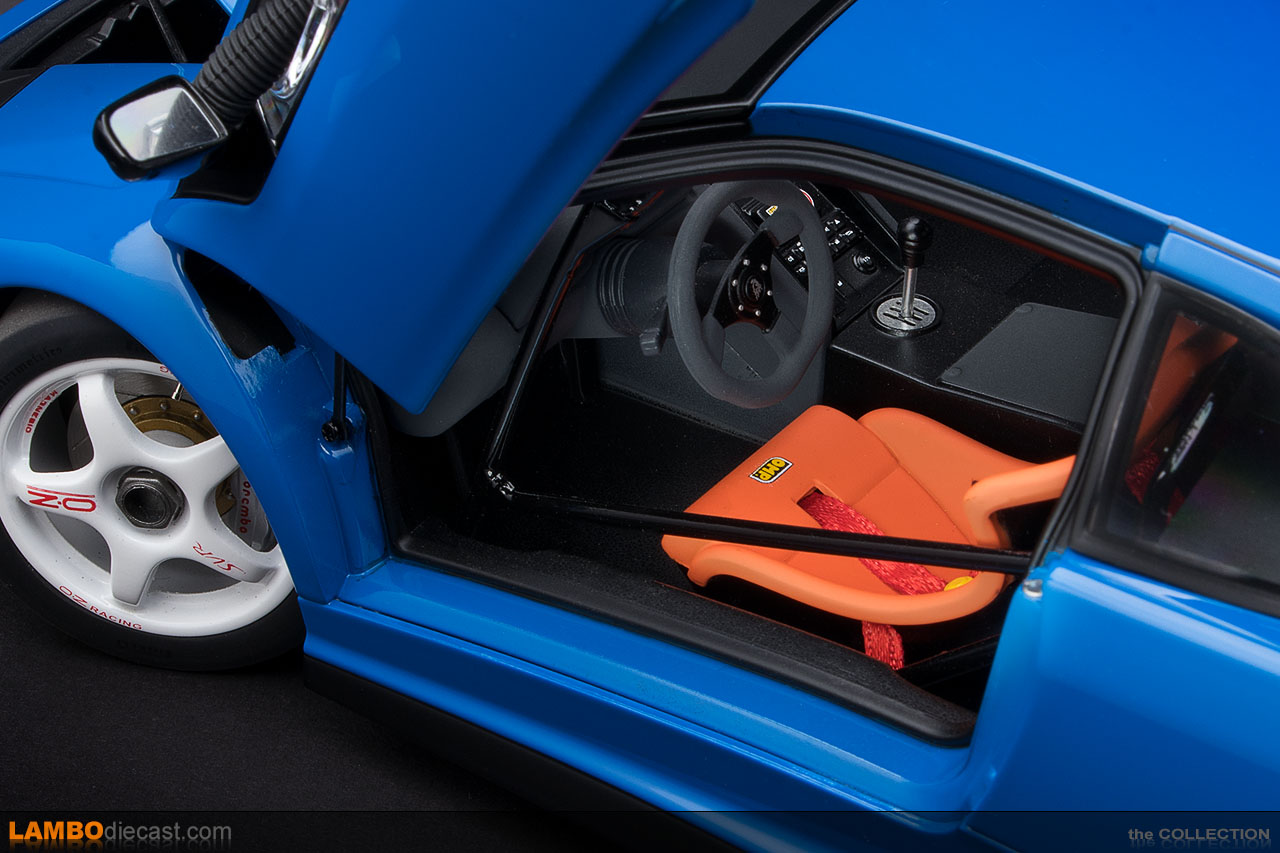 The massive rear wing comes with a very nice carbon fiber decal and all the intricate details that would allow it to be adjusted in real life, some amazing attention to detail from AUTOart, both on the exterior and on the interior, this is a masterpiece once again and worth a spot in your collection for sure.