Back in 1996, there was no such thing as the Lamborghini Squadra Corse department, Lamborghini didn't have any factory official race cars at that time until they revealed the Diablo SV-R at the Geneva Motor Show, they inaugurated a three-year mono-brand trophy, open to both professional pilots and gentleman drivers.

They took the Diablo SV and just removed everything they didn't need and that would just add weight to the car, there was no need for headlights, so the heavy pop-up pods and electric motors were removed and replaced by a pair of air intakes while the glass in the doors was replaced by Lexan pieces with a small sliding portion, also note the air snorkel behind the rearview mirrors pulling cool air into the cockpit.

To create more downforce both the front bumper and the side sills received black parts that really make the car hug the track, but at the rear things really meant business, the standard bumper was completely removed, replaced by a set of four vertical fins for stability at high speed, add that massive rear wing and a thundering, less restricted exhaust and you've got a race-spec Diablo. 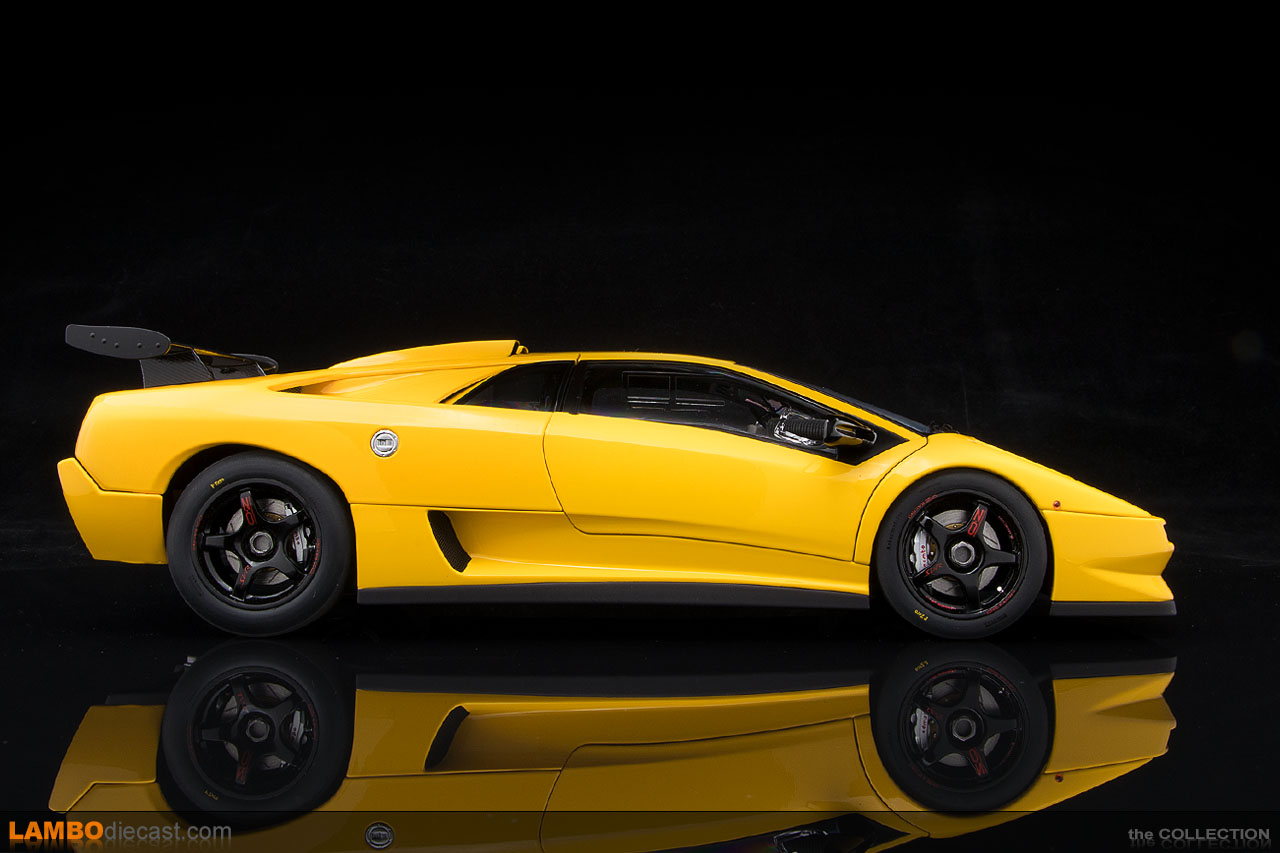 A final add-on is the air jacks used to lift the car during a pitstop, while the interior got a full rollover cage and just one single racing seat complete with a multi-point racing harness, furthermore, a set of Brembo disks and OZ-Racing monoblock center-lock wheels with Pirelli P Zero tires were standard fitment.

Behind the driver, under the small glass in front of the shoulder air intake, there was a plaque stating this was a 'Diablo SV Modificata Racing per Philippe Charriol SuperSport Trophy' with a serial number, in total only 31 Diablo SV-R were built, now it seems none of the four AUTOart models come with this plaque, and while I've seen several of these Diablo SV-R in real life, and they all came with this plaque, I'm not sure it was fitted to all of them, so did AUTOart make a mistake here, or didn't all of them have this plaque fitted ... I don't know for sure. 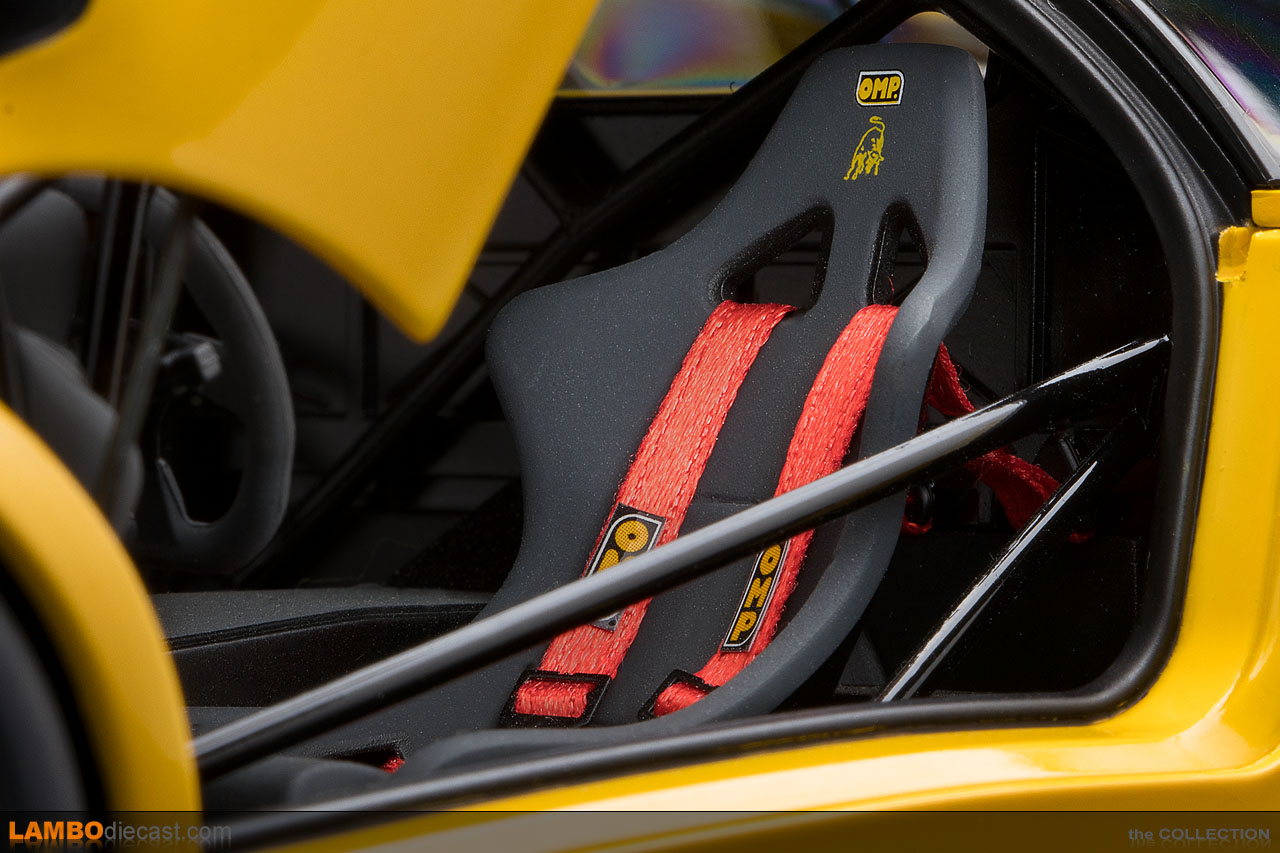 But other than that minor detail it seems AUTOart got it perfectly right with this 1/18 scale model of the legendary Diablo SV-R, the car that ran for three years until the Diablo GT-R took over in 1999, a car that has been replicated by AUTOart a long time ago, but that has been announced to be released next year again, this time as a composite.

What I really like about all four shades AUTOart has released on this 1996 Diablo SV-R is the fact they are all plain livery models, none of them come with racing decals that only detract from the design of this race car from Sant'Agata, I know some collect race cars and rally cars, but I prefer to add these without sponsors or decals so I can really admire the car itself.

Let's not forget that the Diablo SV-R would later become the Diablo GT-R that would be succeeded by the Murciélago R-GT and Murciélago R-SV before we would get into the entire V10 Supertrofeo championships, so the Diablo SV-R is an important part of Lamborghini's history and deserves a place in any serious collection.

On the subject of which color to get, this Super Fly Yellow, the Impact White, Blu Le Mans, or Deep Black is totally up to your preferences, I for one love the Impact White one, but all four shades look amazing.