Just like many other carmakers, Lamborghini is getting ready to go into the hybrid era, this marks the Lamborghini Aventador as being the last NA V12 model for road use, and they wanted to go out with a bang, so the Aventador Ultimae was created as the ultimate V12 model, and a suitable farewell to pure ICE V12 power because the 2023 successor will be a V12 Hybrid model.

Just as with other Lamborghini Aventador models, the LP780-4 was available as a Coupe and as a Roadster, both being unveiled at the same time, and as the LP780-4 designation states, the Ultimae was the most powerful Aventador yet at 780 hp, and by making this final naturally aspirated V12 model even more exclusive, production was limited to just 350 Coupe and 250 Roadster, it goes without saying the entire production run sold out quickly.

The Lamborghini Aventador LP780-4 Coupe was unveiled in a very nice matt Grigio Acheso and glossy Grigio Teca combination, nicely recreated on a 1/18 scale by MR, for the Roadster version Lamborghini went with a two-tone Blu Tawaret and Blu Nethuns combination, which MR also released on a 1/18 scale, but when I saw this Viola Pasifae edition from MR I just couldn't resist adding a second MR model to the collection. 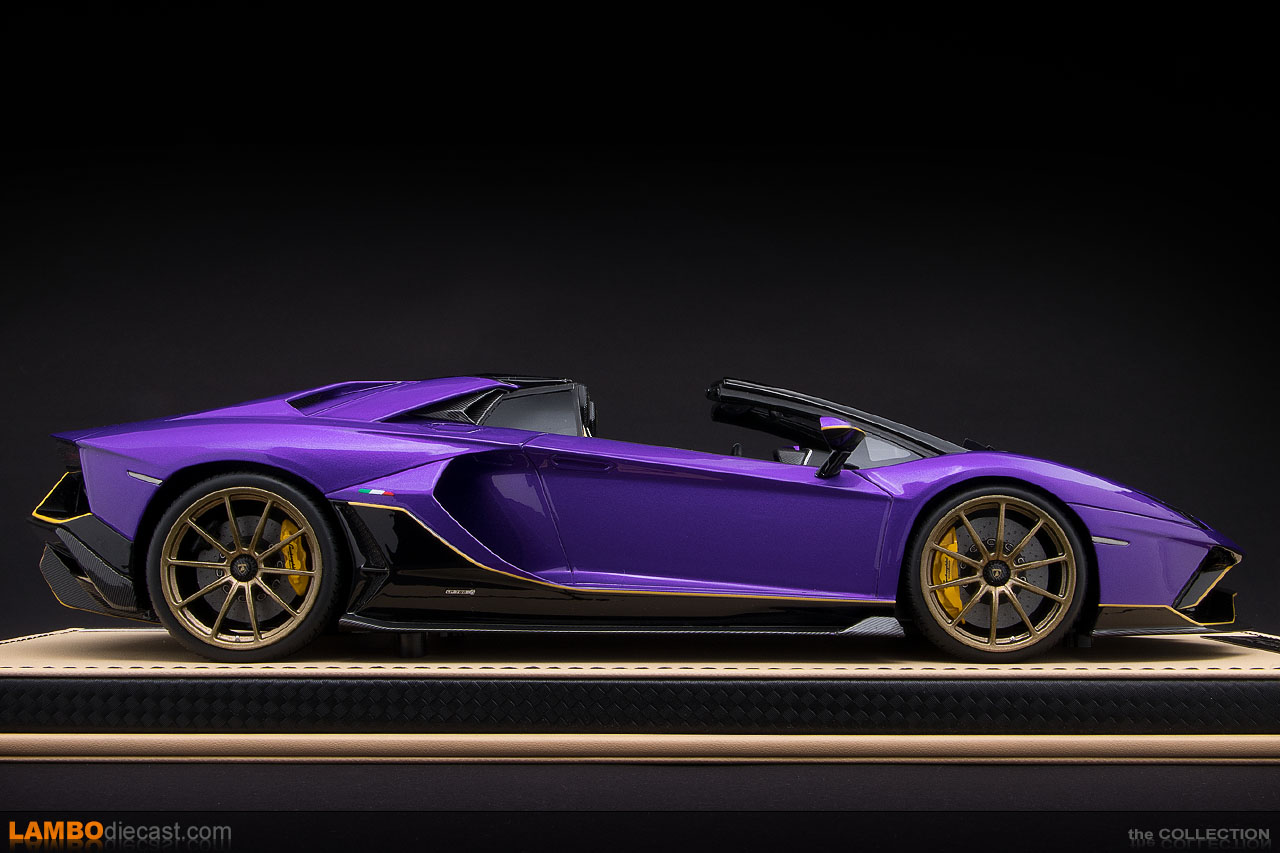 The split between the Viola and the Nera on the exterior is highlighted by a pinstripe in gold, which also returns on both the front bumper and the rear diffuser. Even the exterior rearview mirrors are two-tone, with gold pinstripe, while the very nice Nireo forged wheels are also finished in gold to match the exterior even better, yellow brake calipers add a nice contrast behind the thin spokes.

On the interior, we get the laser-cut Y-shapes on the seats, door panels, and dashboard, and while these do look amazing in real life, somehow I'm not really a fan of them on these MR 1/18 scale models, they make it look too busy, they are too large I think, but making them smaller would have made them less visible I guess, the added touch of yellow gold stripes on the seats, door panels, and dashboard makes this interior a perfect fit for the gold details on the exterior. 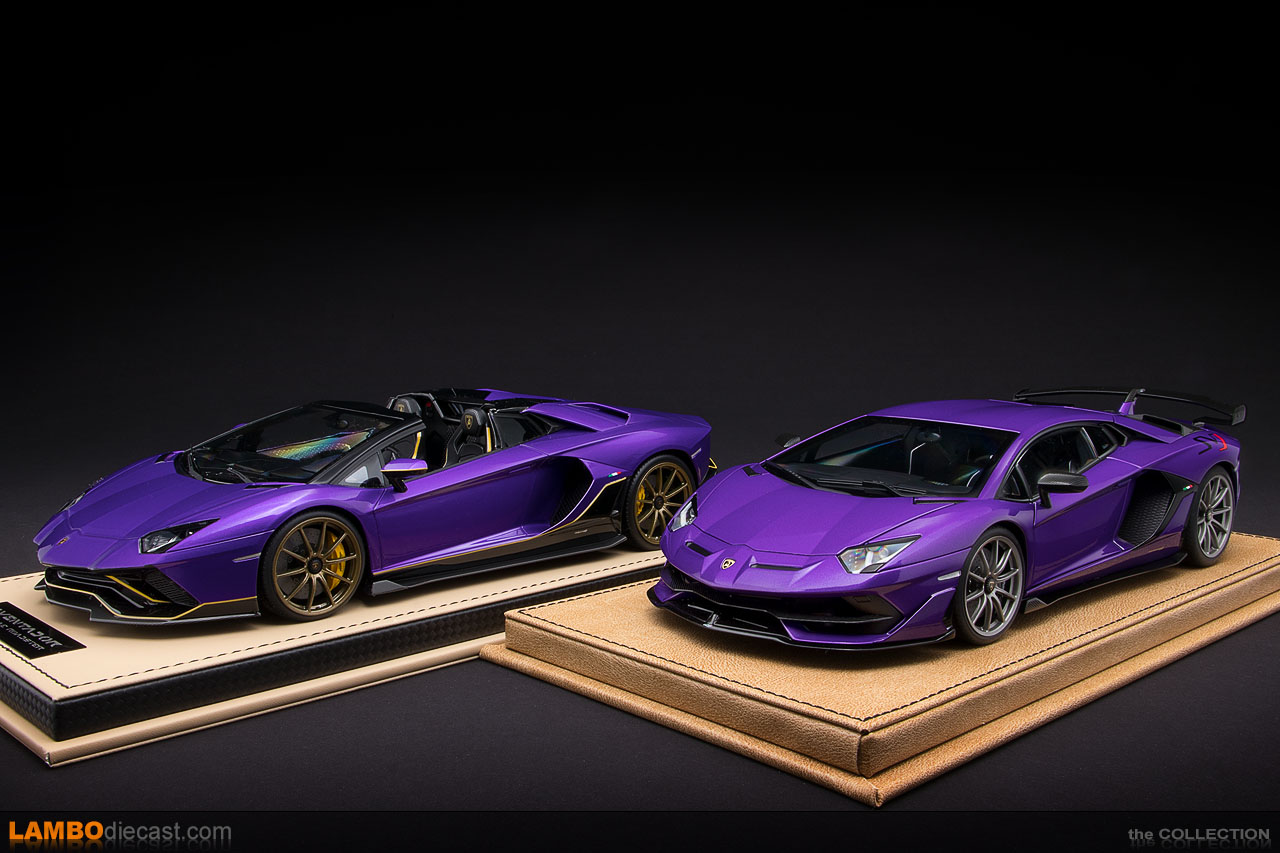 Just as a comparison, I've put this model next to the Lamborghini Aventador SVJ from AUTOart in the same Viola Pasifae, because at first I wasn't really impressed by the SVJ in this shade, while the Ultimae Roadster immediately caught my attention, and side by side they look rather close, but I think it's the combination with the gold details and wheels that make the Roadster stand out so much.

Usually, I don't buy two different shades on the same model from MR because these don't come cheap, but in this case, I had to add this Viola Pasifae to the press release Blu Tawaret because I love both of them, and chances of AUTOart making this Aventador Ultimae Roadster are very slim to non existent, I'm even wondering if they will release the Ultimae Coupe.