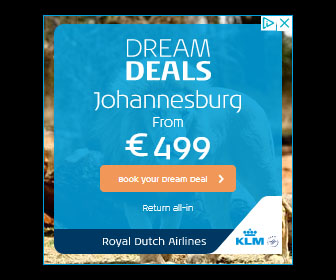 I really like the Lamborghini Murciélago LP670-4 Super Veloce, it is a limited edition, it looks like it just escaped from a race track and is probably the best performing Murciélago edition ever, but I also like driving with the top down, so that would mean a Murciélago LP640 Roadster, or perhaps the final series LP650-4 edition, but I'm not so sure about the Grigio Telesto combination with orange.

So I started thinking ... why not a Super Veloce Roadster edition, Lamborghini pulled this trick out of their hat with the Gallardo Performante, so open top driving is also available for the track related cars as the Performante is just the Spyder version of the LP570-4 Superleggera, so the concept of a flagship V12 SV Roadster isn't so farfetched I think.

But there is one little problem ... I don't have the cash to get this in real life, so I have to be happy with a diecast version, but that doesn't exist either, so I started thinking about creating it myself.

I didn't want to ruin an expensive AutoArt 1/18 Super Veloce, so I ordered a second Norev version of the LP670-4 in orange and went looking for a low cost Maisto version of the Murcielago Roadster to take the necessary parts from ... after a few weeks I located a nearly new purple metallic Roadster, the seller didn't have the box anymore so I managed to get hold of it for a very low price.

I now had the two models required to build a Super Veloce Roadster, so time to take them apart, the Maisto wasn't a problem at all, I already opened other Maisto and Bburago models, so I knew where to look for screws ... but the Norev was a totally different story.

Taking the wheels from a Norev LP670-4 isn't difficult, you can then reach the screws that have to go to take the chassis from the bodywork ... but there is a catch with this model, the side sills and lower air intakes are a separate part, and they pull outwards away from the bodywork because they are fitted with pins into the bodywork and the chassis. Norev glued these in place so pulling them away is sure to leave some of the pins behind ... bummer.

But I managed to completely strip both cars to the bare bone for some close studying of how to go ahead without ruining them beyond repair ... time to pull the Dremel from the box and cut the roof from the SV. I was planning to use the engine cover, windshield, side windows, side air intakes and the section behind the seats from the Roadster, so I cut away the entire windshield from the SV.

But then I noticed the side windows on the Norev SV are actually one part with the door trim, they just painted the panel over the transparent plastic, amazing. But this led me to cut the original SV side windows to a perfect match with the Roadster ones. And as this would be a fantasy model anyway I decided to create a very special engine cover configuration for it, I cut the central section of the original Roadster engine cover and created a new, glass section using parts of the SV engine cover.

Originally the SV was finished in orange, but I decided to do a full repaint on it, and I went with mat black because I really liked the AutoArt version in Nero Nemesis of the LP670-4 Super Veloce, but I changed a few things, naturally the orange brake calipers and glossy black wheels remained, they look perfect underneath this shade. But I went for a very special, hollow style orange SV script on the side.

And as the outside was a combination of black and orange, I pulled these shades into the interior too, the seats got repainted with an orange mid-section and black outer parts, the door panels became orange too while I kept the grey shade on the top, this is a Roadster after all, and straight from the factory the Murciélago Roadster has a two tone interior, the driver seat and the passenger seat used different leather, here on my SV Roadster version the dashboard has a two tone look, grey and black, so I used the same grey on the door panels to keep the look together.

As I was customizing the interior anyway I didn't want to put the original Norev four point seat belts back into it, so I ordered a new set online and bought orange belt material for it, these multi point 1/18 scale seat belts aren't the easiest to put together, but some patience and super glue can go a long way, and after several hours I managed to put together two sets to be installed into this amazing open top Super Veloce.

When putting the car together after all the parts and small details were ready I noticed I overlooked one thing, the Murciélago Roadster has glossy black side panels for the shoulder mounted air intakes, now I could paint these in mat black like the rest of the bodywork, but I imagined that would be too much, so instead I put a high gloss top coat onto parts of the doors, the difference between the mat black and the glossy black might not be visible at first glance, but when you do notice it you just know it should be like this, therefore I also kept the exterior rear view mirror housings in glossy black.

The overall look of the Lamborghini Murciélago LP670-4 Super Veloce Roadster in this color combination is very intimidating if you ask me, the use of orange combined with mat black is something we now see a lot on the new Aventador, but this custom made 1/18 diecast clearly shows the 'old' Murciélago looks at least as nice in this Italian handmade suit.

Sure this is a fantasy model, it does not exist in real life (at least I don't think it does), but that doesn't mean some lucky owner out there couldn't be persuaded to convert his Murciélago Roadster (be it the original 6.2 or the LP640 version) into a Super Veloce look alike ... I'm sure Automobili Lamborghini SpA can deliver the required parts to a body shop if you can afford it, perhaps a Roadster that was caught in a 'fender bender' with front and rear damage, that would be a great base to create this great looking lady in real life.